I Can't Quite Get Organized

by The Poison Arrows 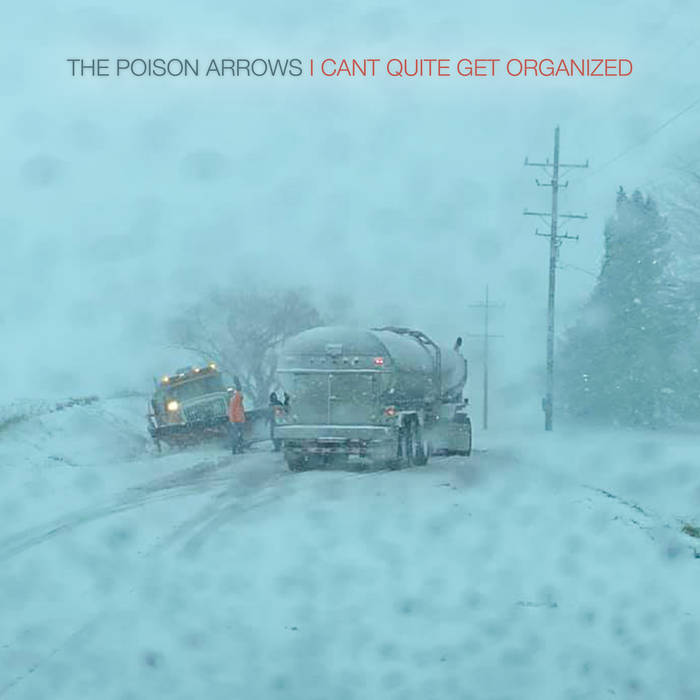 Quick Overview:
After getting 2020’ed with their EU and US tours cancelled and their 4th album release placed on hold, The Poison Arrows are gearing back up. Their new EP I Can’t Quite Get Organized features one new track and four previously unreleased remixes.

They have confirmed their first two shows back on stage with one of their favorite bands, friends, and collaborators, Girls Against Boys.

The release of their delayed fourth album will be announced very soon for a 2022 release as well.


More Information:
Chicago’s The Poison Arrows had been ramping up to tour and release their fourth album in 2020 by sharing stages with bands like Drahla, Film School, Messthetics, and June of 44. They had been backing up SaveMoney’s Sterling Hayes live as well. When Covid hit, they decommissioned themselves for the rest of 2020 and the first half of 2021, and the new album remained unreleased.

Drummer Adam Reach moved to Chapel Hill NC. Guitarist/vocalist Justin Sinkovich stayed in a cabin in the woods a couple of hours outside of the city most of the time. Bassist Patrick Morris held down the fort in Chicago. Adam and Justin started a new noisy electronic project called Forever Era with Yukio Murata from File 13’s My Way My Love. With Yukio in lockdown in Tokyo as well, they released a couple of tracks and have a debut album on the way in the next few months. Justin collaborated on several other remote projects as well, including File 13’s Sheet Ghosts which also featured the Swans’ Thor Harris and Pall Jenkins from Black Heart Procession and Three Mile Pilot among others.

In June of 2021, the band came back together for some rehearsals and started making plans to re-emerge. This EP and newly confirmed dates are the first steps, with their new album to be out in 2022 with as many live dates as the world will allow.

The I Can’t Quite Get Organized – EP originated when Justin was stuck at his Chicago home in February of 2021 with over three feet of snow on the ground for a long time. He started digging through hard drives and found four remixes that had never been properly released. He also found a new song that The Poison Arrows had started demoing in their practice space. He finished up that track by overdubbing the vocals and keyboards on top of the demo’ed drums and bass as the title track for the EP. The name and lyrics for “I Can’t Quite Get Organized” were inspired by the chaos of the snow and the seemingly infinite amount of audio archive data at his house. The cover art came to fruition couple of weeks later. Justin was staying out in the woods, and had confirmed a vaccine shot, which at that time was very hard to get. He had to drive in a snow storm about 80 miles. After sliding off of the highway himself, another car flipped over up the road, and then two snow plows got stuck on the highway. Justin remained stranded on the highway for the next four hours and took the cover photo which seemed to fit the theme pretty well.