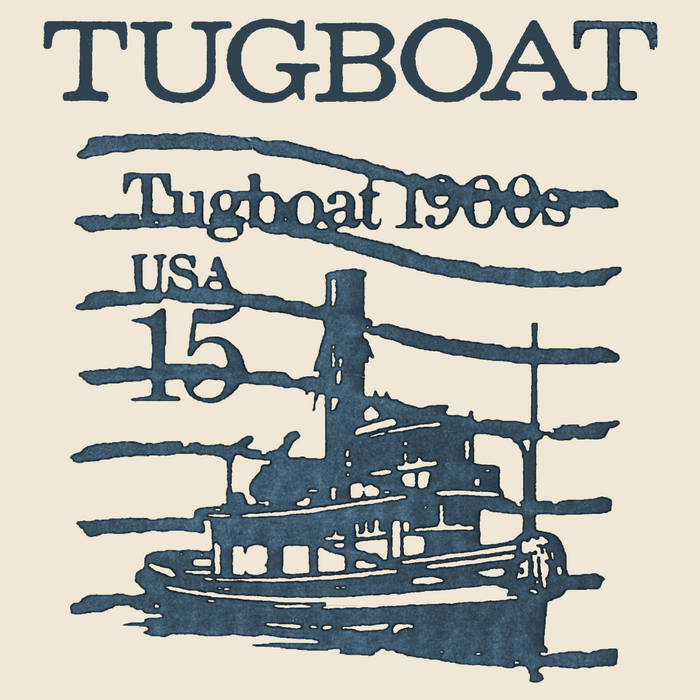 David Burns grew up in Little Rock, Arkansas, as one of the founders of File 13 Records, and a member of Chino Horde there. He left Little Rock for college at University of Tennessee in Knoxville, TN in the fall of 1990. David lived in a dorm room across the hall from Jason Morris. They both befriended Jeff Moore who lived in the residence hall next door. The three started playing in David and Jason’s dorm’s basement with David on drums, Jason on guitar, and Jeff playing guitar, singing, and writing the songs. While in need of a bass player, Jason became lab partners in science class with Justin the second week of school. Justin lived in the same dorm they practiced in, one floor above Jason and David, and had been playing bass in punk bands throughout high school. Tugboat was then fully formed, and they soon after got kicked out of practicing in the dorm basement for being too loud.

Tugboat was melodic noisy college rock that was influenced by bands like Dinosaur Jr., The Lemonheads, Uncle Tupelo, old Soul Asylum, and Buffalo Tom. They focused on writing their own songs, but also learned a number of covers. The band quickly started playing at clubs, frat parties, and campus events. They also started recording in the studio and selling cassette tapes. Most of the songs were tracked at Underground Recording Studio where later the first few Thumbnail releases, the last Chino Horde recordings, and the early Atombombpocketknife demos were recorded as well.

In the fall of 1992 for their third year of college, David, Jason, and Justin rented a house together and set up a band rehearsal space in the kitchen. Meanwhile, Jeff decided to take a break from playing music. David, Jason, and Justin started writing more punk / hardcore songs akin to the File 13 Records releases at the time. Thumbnail was officially created and File 13 FT8, the debut self-titled Thumbnail seven-inch, was released in December of 1992. Tugboat was then retired.

This Tugboat ‘Discography’ is comprised of studio recordings including the first two tapes, plus nine unreleased songs. Those nine songs were played many times live, and were captured well at Underground. The band was winding down though, so very few copies were distributed other than to band members and a few friends. The last part of this collection is a live recording of a show from roughly the midpoint of the band’s activity, including an on air interview and performance to promote the show on the local college radio station, WUTK conducted by station manager, show promoter, and local music legend Benny Smith.